The power of knowing: genetic testing for breast cancer at LifeLabs

Growing up, Heather Gauthier realized that every woman in her family – her grandmother, mother, and aunts – had been affected by cancer. Heather was 20 years old when her mother passed away with ovarian cancer at the age of 48.

“Every female in my family has been diagnosed with or died from cancer,” Heather says, now 37. “So, it was always my plan to get tested myself.”

Armed with the necessary paper forms from her health care provider, Heather visited a local LifeLabs patient service centre in Burlington, Ontario to pay for a genetic test that assesses mutations in the BRCA 1 and BRCA 2 genes (BRCA 1 / 2), the most common mutations that cause inherited breast cancer.

Since she had recently moved to Canada from the US, and didn’t yet have coverage for public health services, Heather was ineligible for the publicly funded test available for individuals with a personal and/or family history of breast and ovarian cancer, as well as other cancers.

(Heather with her Mother) 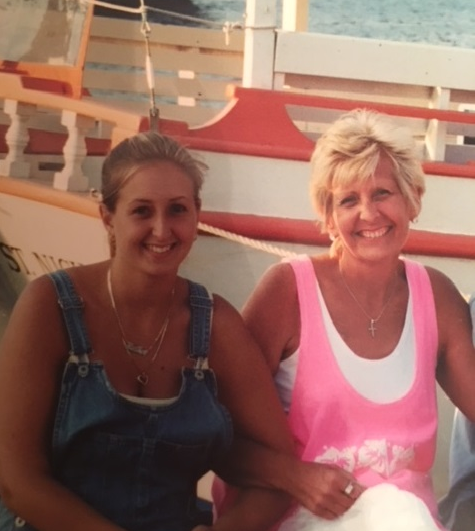 Thinking of her age and family history, Heather turned to LifeLabs for the test. Her results, which arrived within a mere three weeks, showed that she was positive, with an up to 87% risk for developing breast cancer over her lifetime, in addition to increased risks for ovarian, pancreatic and melanoma cancers.

“I’ve been terrified of getting cancer and I didn’t want to wait any longer,” says Heather, who gave birth to her second child less than a year ago. “I grew up without a mother. I couldn’t imagine letting my two daughters grow up without one.”

After consultation with her genetic counsellor at LifeLabs, and hand in hand with her gynecologist, Heather made the decision to have a complete hysterectomy – this meant the removal of ovaries, fallopian tubes, uterus and cervix. After she recovered from that surgery, Heather scheduled a consultation for a prophylactic double mastectomy, which will significantly reduce her chance of developing breast cancer.

(Heather and her family) 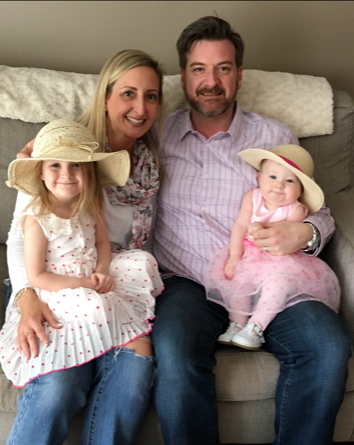 “I will be getting a double mastectomy and reconstruction surgery at the end of this September, 2018,” Heather says. “I just went for my six week check-up post-hysterectomy and [my specialist] cleared me of everything. She said everything looks fantastic and I healed wonderfully.”

“Heather has a very striking family history,” says Kate Gardiner, Heather’s genetic counsellor at LifeLabs. “She predicted right from the start that she was going to be positive, but needed to confirm the result so that she could begin taking charge of her health. She was very practical and motivated but carefully weighed the pros and cons of genetic testing. She’s an inspirational example of someone determined to be their own advocate.”

LifeLabs introduced the BRCA 1 / 2 genetic test, for a fee, with pre- and post-genetic counseling to Canadians in 2017. The fee for the test covers not only the gene analysis part of the process, but also genetic counselling before and after the test results.

“We create relationships with our patients so that they don’t feel alone in this journey,” says Kate. “The pre and post-test counselling are important parts to enable a comprehensive and meaningful service – we go over family history, risk assessments, and support informed decision-making after the test results. Whether you test positive or negative, the result is truly only one piece of the overall puzzle which is your health and history.”

It is estimated that 1 in 300 to 1 in 500 individuals carry a deleterious BRCA mutation, indicating that up to 117,000 Canadians could have an increased risk of developing breast, ovarian, fallopian tube, peritoneal, melanoma, pancreatic and prostate cancer due to a BRCA1 or BRCA2 mutation.

“Many of our patients come to LifeLabs because they have a risk that is higher than the average population risk due to a positive family history or early age of cancer diagnosis,” says Dr. Deborah Terespolsky, a geneticist at LifeLabs. “The information they receive through this test helps them take control of their health and make informed decisions regarding their health.”

At the age of 31, Angela Greenwood from Abbotsford, B.C., saw her 33 year old sister diagnosed with breast cancer when there was no history of the illness in their family.

“I needed to know right away if I was also at risk,” says Angela. “I needed peace of mind. I knew that LifeLabs offered the test, and that I would have the results within a matter of weeks.”

(Angela with her daughter) 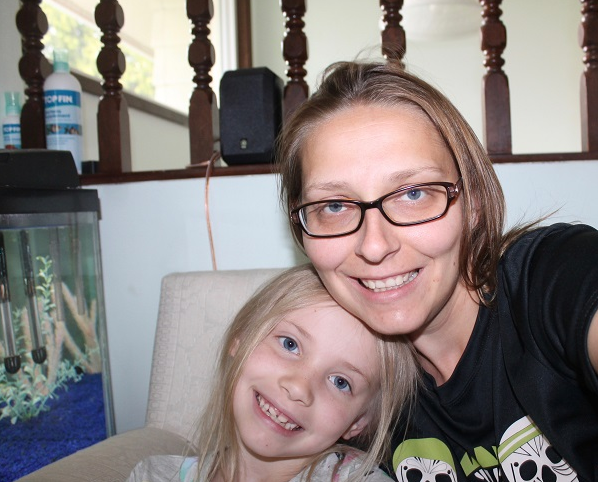 “It was such a huge relief to get this test,” Angela says. “But because I had an abnormal mammogram/ultrasound, the test result helped me make the decision to only do a lumpectomy and radiation instead of a double mastectomy. I know now that my six-year-old daughter will have to start getting mammograms likely in her 20s, but I’ll be there for her.”

In June 2018, LifeLabs Genetics celebrates three years since it opened in 2015 as Canada’s largest professional genetics testing laboratory. LifeLabs has a national collection network that streamlines specimen procurement and sample submission, simplifying the testing process for both healthcare provider and patient. Bilingual, board-certified genetic counsellors are available to provide expert advice and ongoing support throughout the testing process, including assistance with provincial funding applications, when appropriate. For more information about our tests and services, please visit: https://www.lifelabsgenetics.com.

It's another LifeLabs Spotlight Moment! We're excited to celebrate our London and Belleville team members today. Check out some of the amazing ways they supported their local communities over the holidays! #LifeLabsSpotlight #Community

Are you ready to join Canada’s largest community diagnostics laboratory and be part of an award winning team? We are hiring Cytotechnologists, join us and make a healthier Canada! https://bit.ly/3DrET3n

Recognizing and Caring for our Employees, Empowering our Tomorrow

LifeLabs is the first lab in Canada to become Accessibility Certified

They gave, we matched, and together, we made a major impact in our communities

LifeLabs raises $64,000 in support of children with cancer for the Pediatric Oncology Group of Ontario

Resumption of Fecal Immunochemical Test (FIT) Testing in BC

Online testing service for sexually-transmitted infections expands in BC

View all
﻿
You are being directed to LifeLabs’ store. Click ‘Continue’ to browse LifeLabs tests and services.