To improve the care of our patients by fostering ongoing collaborative relationship with the lab that allow for better utilization and interpretation of laboratory tests.

As life slowly returns to normal, the laboratory physicians and scientists at Lifelabs are looking forward to a return to our in-person educational evenings designed for our health care providers.

For this session, our lab physician experts will present case-based topics that include:

The conference is designed with primary care providers in mind – general practitioners, nurse practitioners and naturopaths will likely benefit most from the content.  However, other physicians or allied health professionals who regularly order or interpret laboratory tests may also fi nd the conference useful.

Presentations will use a case-based format to address clinically-oriented topics in laboratory test selection and interpretation.

Dr Kelly has MD/PhD with specialty certification in medical microbiology from the Royal College in Canada and the American Board of Pathology in the US. Prior to joining LifeLabs, Dr. Kelly was a professor at University of Texas.  He is currently a clinical professor at UBC. He has been with LifeLabs for 31 years as Clinical Director of Microbiology and/or BC Medical Director at LifeLabs.

The Conference will take place in the Grand Ballroom.

The hotel offers a special group rate of $209.00 CAD for the night of 8th September 2022. Deadline for this rate is 18 August 2022.
Book your group rate for Lifelabs Conf SEP2022
Civic Hotel, Autograph Collection
13475 Central Ave, Surrey, BC V3T 0L8
Directions
If you have any additional questions regarding this event please contact: 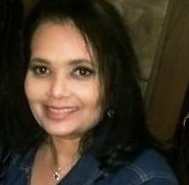 Sangeeta Hussain
Conference Administrator annualconference@lifelabs.com
﻿
You are being directed to LifeLabs’ store. Click ‘Continue’ to browse LifeLabs tests and services.